Where Should You Go in Morrisville to Fix Your VW’s O2 Sensor?

If you don’t own a Volkswagen (VW), you might think that the only VW out there is the classic Beetle, one of their most well-known cars. But VW also makes the Jetta, Passat, Golf, Atlas, and other makes. Additionally, VW is the owner of elite brands such as Lamborghini, Bentley, Bugatti, Audi, and Porsche. It is the third largest automobile manufacturer in the world. Even though this company has persevered since 1938, the cars they manufacture still require maintenance and repairs just like every other car.  A primary component of the exhaust system, the oxygen (O2) sensor, is one of those parts which needs to be replaced periodically.

What is the O2 sensor?

The O2 sensor measures the amount of oxygen at various points in the exhaust system. Most cars have at least 2 O2 sensors, but some cars have as many as 8 O2 sensors. The O2 sensor sends information to other parts of the car that can then adjust the timing of the fuel ignition in the combustion process, for example. The sensor has the ability to indirectly set the amount of fuel used during the idling process. Hence, this small part plays a very large role in how your car runs.

How do you know if the O2 sensor is failing?

Check Engine Light is On

If your car starts using more fuel than is normal, it might be due to the O2 sensor. If the O2 sensor is sending signals to ignite fuel more frequently, you will be using more fuel to run your car. You might also find that more fuel is being released with the exhaust, and that will cause fuel efficiency to decrease as well.

When It’s Not The O2 Sensor

The issues listed above can also be symptoms of other problems. It might be easier to replace the O2 sensor than to fix the timing of when fuel is ignited. However, this is why it is so important to have a trusted automobile service specialist that can appropriately assess your vehicle and diagnose the problem.

When Should You Replace Your O2 Sensor 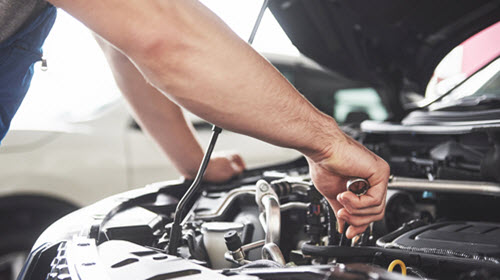 in 1977. Since then, we have built our reputation by providing quality services at reasonable prices. Volkswagen and other European and German automobile owners have come to count on us as experts in the foreign automobile industry. We are proud to serve our neighbors from Upper Makefield Township, Yardley, Newtown, Morrisville, and the surrounding communities. Please stop by or give us a call with your questions. We look forward to earning your business and more importantly, your trust.