How to Deal With Window Regulator Failure in Volkswagen

Many years ago, when the automatic window first debuted in vehicles, it was a luxury feature. Now, all vehicles have automatic windows. It is a feature that car owners come to expect. The automated window system will either be mechanical or electrical. Both are prone to malfunction or failure due to a few causes. The most common part of the window system to fail is the window regulator.

When the window regulator begins to fail, there are warning signs to avoid complete failure. Once complete failure occurs, you will be stuck with either a window that will not go back up or a window that will not go down. Both situations are not ideal for your safety and comfort. Knowing what signs to look for that point to window regulator failure will help you deal with the issue quickly.

If It Takes Multiple Presses for the Window to Work

The first sign to be aware of that indicates window regulator failure is when you have to press the window power button multiple times before it responds. In a properly-operating window, all it takes is one touch of the button for the window to roll up or roll down, depending on your instruction.

It is important to note here that this sign can also point to an issue with the power switch itself. The best way to determine the correct issue is by bringing your Volkswagen into your trusted automotive shop.

If the Window Speed is Slower or Faster than Normal

The power windows of your Volkswagen were specifically and carefully designed to ensure that the windows go a certain speed. This precisely calculated speed is set in place to make sure the windows do not break as they are rolled up or down. If the speed is too fast, then they run the risk of breaking or shattering. The same can also be said for when the speed is too slow. It is less likely that the windows will break when going up too slow, but you will run the risk of the window getting stuck open. If the speeds are fluctuating, they are signs of window regulator failure.

Clicking Noises Coming from the Door

At this point, the only way to remove the debris is by having your trusted technician remove the door panel. The sooner this is done the better because this means less damage to the window regulator. If you continue to try to force the window, it could shatter or cause more expensive repairs.

Dealing with the Window Regulator Failure

When you notice any of the above-mentioned 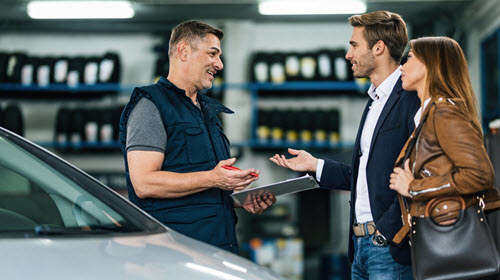 signs of window regulator failure, the best thing to do is to bring your Volkswagen into your trusted mechanics at Glenwood Foreign Car. We are easily accessible from the areas of Upper Makefield Township, Yardley, Newtown, and Morrisville, PA.

When you bring your Volkswagen in at your previously-scheduled appointment time, one of our certified technicians will use the latest diagnostic tools to determine the exact cause of window regulator failure. High-quality parts are then used to replace the window regulator. You will be back on the road before you know it, with a window regulator you can rely on.

Call us today for all your Volkswagen service and repair needs. We look forward to earning your trust and patronage.