Why is the Lifter Ticking in My BMW?

If you own a BMW with a N52 engine, you may come across a lifter ticking issue. If you have heard this infamous ticking noise from your engine bay, you’re not alone. There are dozens of BMW forums dedicated to diagnosing this problem, so let’s unpack the cause of the noise and discuss what can be done to fix it.

Some Background on the N52 Engine

The BMW N52 is a naturally-aspirated, straight-six gasoline engine which was produced from 2004 to 2015. It features their patented Valvetronic system, a variable valve lift system, in the motor.

The engine was considered to be the most advanced engine that BMW had produced. That was short-lived, as a while later, BMW drivers noticed a ticking sound. Even the best car enthusiasts could not diagnose or avoid this issue. There was something fundamentally wrong with the hydraulic valve lifter.

The issue was more prominent during colder weather. Some drivers noted that the sound could be heard during short drives. This also often presented itself after the vehicle has done 50000 miles.

A considerable amount of time later, the noise was found to be caused by a faulty hydraulic valve lifter.

Your BMW’s lifters play a major role in regulating the direction of exhaust valves. Lifters can be customized to your preference, giving the engine more power. This component makes room under the hood of your car, so that various parts of the engine can expand and contract when you push your motor to high performance.

What causes the ticking noise and possible solutions?

Let Our Experts Help You

Glenwood Foreign cars has been servicing European vehicles since 1977. As 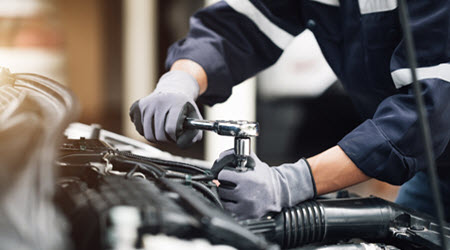 previously mentioned, BMW used to replace the part but that is no longer the case. This doesn’t stop us from finding the best solution to your lifter ticking problem.

With over 40 years of experience, our expert technicians will diagnose the problem and help you get back on the road safely. Visit us if you live in Upper Makefield Township, Yardley, Newtown, and Morrisville, PA. We are a Bosch certified service center, so you can be assured that you will get quality parts and that your vehicle will be serviced to the industry standards BMW set forth. Call us today!